How SC Builders Made Remote Collaboration Successful with OpenSpace

A case study collaboration from OpenSpace and SC Builders.

Goal: Keep Projects on Track While Minimizing the Number of People On-Site

Like most general contractors, Silicon Valley-based SC Builders saw construction grind to a halt due to shelter-in-place orders last spring. When restrictions eased, some clients were still adamant that no one be on site who didn’t absolutely need to be there. As a result, the company needed a solution for remote project management and progress tracking to facilitate collaboration with owner representatives, architects and other stakeholders who couldn’t be physically present.

Strategy: Use OpenSpace on Multiple Projects to Enable Virtual Walkthroughs

SC Builders opted to use OpenSpace in part because of usability; they found it to be incredibly easy to use and train people on. They were also drawn by how OpenSpace uses AI to map captured imagery to project plans and facilitate project tracking.

“The processing functions are quick and easy with OpenSpace, versus unwieldy and tedious with their competitors,” said Mike McCullagh, a Superintendent at SC Builders. “OpenSpace provides the benefits of virtual walkthroughs and full-coverage documentation almost instantly—without requiring extra hours to process and locate photos.” 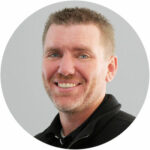 OpenSpace captures have helped us build trust with the landlord, owner, architect and construction manager.”

SC Builders teams have been using OpenSpace for virtual walkthroughs at weekly OAC meetings. They’ve also provided links to shared folders that owner representatives and architects can access on their own time for an up-to-date view of job sites. (General contractors can easily configure access privileges so that external users can only see specific areas.)

“OpenSpace captures have helped us build trust with the landlord, owner, architect and construction manager,” McCullagh said. “It’s much easier to build trust when they are able to clearly see for themselves what we’re talking about. When we can show them the documentation that OpenSpace provides, they feel confident about the actual current condition of the build.” 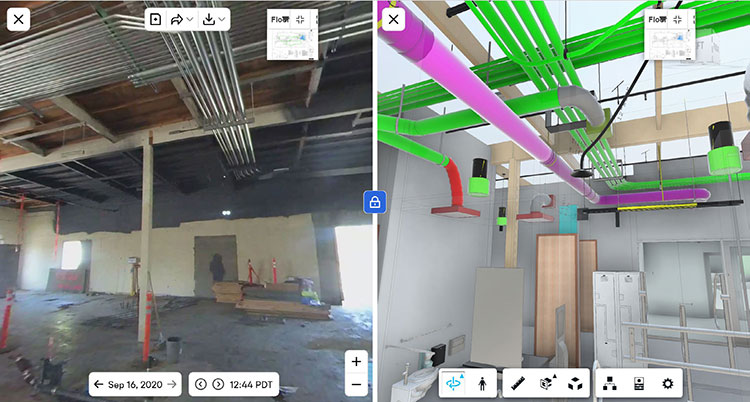 “Our superintendent likes to use it when guys come in from the field with an issue,” said Project Engineer Tanner Janich. “With the OpenSpace BIM Viewer, he can see what it’s supposed to look like and quickly tell which party is at fault or who he needs to reach out to resolve the issue.”

“The only comparable thing I’ve used to BIM Viewer is software where you have to be standing physically in the field at the location to do the comparison,” said Project Manager Alex Lowry. “With OpenSpace, you can do your QC from your couch at night, if you wanted to.” 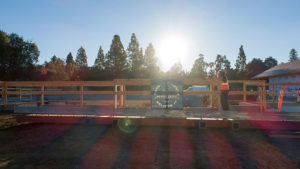 Results: A Single Source of Truth for Every Job Site, Available Remotely

OpenSpace let SC Builders avoid additional lost time during the COVID shutdown and keep projects moving when social-distancing protocols were put in place. It also helped ensure the safety of all personnel. “A member of our project team is a cancer survivor and at risk. He hasn’t visited the site once during the pandemic, and he thanks us all the time,” said McCullagh. “He doesn’t know how he would have facilitated construction activities without OpenSpace.”

Janich estimates that he saves two to three hours per week on documenting his jobsite. With OpenSpace, all he needs to do is strap a 360 camera to his hard hat and walk inside every room and corridor; from there, 360 imagery is automatically mapped to project plans. Taking pictures manually with a phone or tablet would be considerably slower—especially when the time to download, label and organize photos is accounted for.

OpenSpace documentation is at least 100x more complete, since 360 imagery ensures that every possible angle of a physical space is captured. This means SC Builders has a complete record of the project at every stage, instead of having specific photos related to RFIs and specific requests from owners and architects only. “In the past, we’d take pictures of rooms but then the client would say, ‘Oh, but can we look at that other wall?’” said McCullagh. “We’d just have to hope we had that picture, or go back out and send it later. But 360 imagery ensures our bases are always covered.”

OpenSpace has streamlined OAC meetings by ensuring that each participant can view current site conditions and have an up-to-date understanding of progress. SC’s project teams have also been using OpenSpace’s Field Notes feature during site walks to jot down notes and take pictures of areas they have questions about and wish to discuss at weekly meetings, which increases efficiency. As a result, it’s often faster and easier to resolve issues—especially in cases where end-users might have the instinct to make changes that create more work. “When the client requests changes, it’s easy to launch OpenSpace’s split-screen view, and say, ‘You want to modify the ceiling MEP layout?’ We can show them what we’d have to do to make that happen—and the cost,” said McCullagh. “It makes it a lot easier for people to understand.” 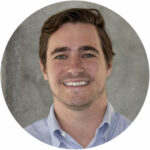 With OpenSpace, you can do your QC from your couch at night, if you wanted to.”

In a post-COVID world, OpenSpace can continue to deliver productivity benefits and cost savings. For example, team members would have the option of getting up to speed on current project conditions from home or the office instead of driving around San Francisco, where parking is expensive and often difficult to find. “At my previous company, people would fly all over the country to visit projects, which made sense at the time but now seems wasteful,” Lowry said. “You can get all the updates you need with OpenSpace.”