We honor the legacy and contributions of Black people to our industry and our country. In celebration of Black History Month, we’ve collected information on Black history as it pertains to both the building industry and to the Bay Area, where SC Builders was founded.

This month and every month, we stand against injustice and in support of the Black community. We are committed to building a better future, together.

Black History in the Building Industry 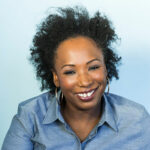 Judaline Cassidy: Tradeswoman, feminist plumber, founder of Tools & Tiaras, Inc., and Lean in Women in Trades. A native of Trinidad and Tobago, Judaline is one of the first women to be accepted into Plumbers Local 371 Staten Island, NY, and the first woman elected to the Examining Board of Plumbers Local No. 1. > Learn More

Deryl McKissack: Owner of McKissack & McKissack, one of the few Black-owned architecture firms in the country. Projects include the Obama Presidential Center, the National Museum of African American History and Culture, the Lincoln, and several Martin Luther King, Jr. memorials. > Learn More

“Few realize that Blacks have made major contributions to so many fields in our country because we haven’t showcased them.”
Deryl McKissack 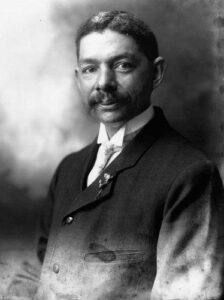 “9 Brilliant Black Designers and Architects You Should Know”: Today’s top black designers and architects tell us about their design philosophies—and speak about diversity in the field—for Black History Month. > Learn More (Dwell article) 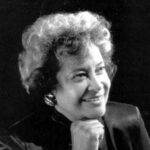 Norma Merrick Sklarek: First registered Black female architect in New York and California. Most recognized for designing the United States Embassy in Tokyo, Japan in 1976 and the LAX Terminal One station in 1984. The first Black woman to own her own architectural practice. > Learn More

Black History in the Bay Area 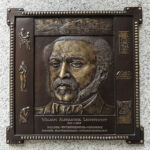 William Alexander Leidesdorff, Jr.: One of the earliest biracial-Black U.S. citizens in California and one of the founders of the city that became San Francisco. > Learn More

Charlotte L. Brown: American educator and civil rights activist. One of the first to legally challenge racial segregation in the United States when she filed a lawsuit against a streetcar company in San Francisco in the 1860s after she was forcibly removed from a segregated streetcar. > Learn More 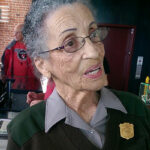 What gets remembered is a function of who’s in the room doing the remembering.”
Betty Reid Soskin

Big Five of Bayview: These five African American women were outspoken mothers and members of the Crispus Attucks Club and worked to improve their SF neighborhood in the 1960s-1970s. > Learn More

Don’t be afraid of the space between your dreams and reality. If you can dream it, you can make it so.”
Belva Davis 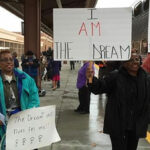 MLK Freedom Train: The Freedom Train was a Bay Area tribute to the civil rights era. The San Jose to San Francisco route was chosen by Coretta Scott King because this distance is roughly equivalent to the 54 miles traveled by King and his fellow protesters when they journeyed from Selma, Alabama, to Montgomery over 50 years ago. > Learn More

David Johnson: San Francisco-based photographer who trained under Ansel Adams. Known for his portrayal of society, urban life, and the jazz culture of San Francisco’s Fillmore District in the 1940s and 1950s, as well as 1960s figures of the civil rights movement. > Learn More

Willa Mae Sudduth: One of the founders of the Coalition of Labor Union Women. > Learn More

People from the South…changed California. We had a history of pulling together as a community and southern black women were always in the forefront of change.”
Willa Sudduth